Home/blog/5 Best Apps for Karaoke in 2021
Previous Next

During these slower times of the global Covid-19 pandemic, karaoke has surged in popularity. In addition to being a fun way to pass the time, it’s also a safe activity that you can enjoy with your support bubble and household members.

James Corden’s infamous Carpool Karaoke, as well as karaoke tunes’ popularity on the iTunes chart, have both been influential in cementing karaoke as a hip trend that isn’t going anywhere anytime soon.

Want to discover what the hype is all about? Here are the top 5 karaoke apps out there, available for download on Android and Apple.

This app from music app giant Smule acts as a social networking platform that enables you to sing on your own or with other people. It also provides the option of singing along with the pre-recorded vocals of international superstars such as Ed Sheeran and Shawn Mendes. The videos can be shared for public viewing, resulting in several Smule karaoke stars or influencers. At the time of writing the top hits on the platform include Billie Eilish’s “Everything I Wanted”, Lewis Capaldi’s “Someone You Loved”, Tones & I’s “Dance Monkey” and Dan + Shay and Justin Bieber’s “10,000 hours”. 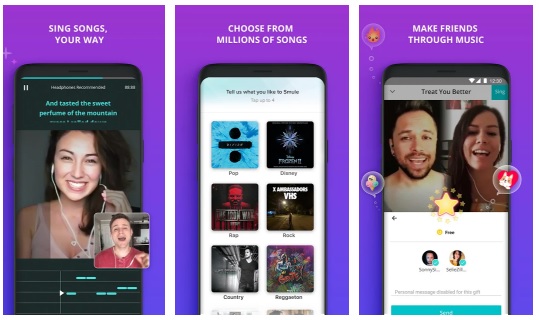 In addition to being the world’s most extensive lyrics catalogue, Musixmatch also has a built-in karaoke feature. This feature removes the vocals from an MP3 that you already have on your phone and turns it into a backing track that you can sing along to. It also connects to streaming platforms such as Spotify and Apple Music – making this app a multi-functional platform that integrates features from Sing, Shazam and Genius. 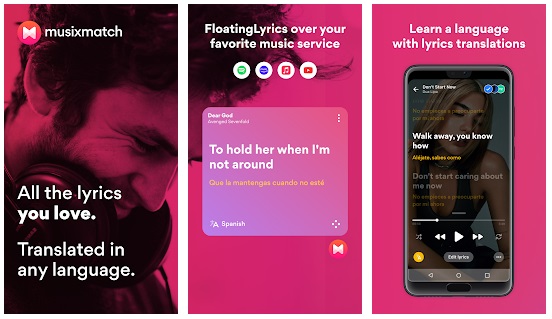 The team at Smule is also the brains behind Autorap. The app’s name is self-explanatory: it focuses on one single genre, that is rap. It has a massive library of rap songs, and, best of all, you don’t need to be a talented rapper to use this app. You can simply speak into the mic, and the app will automate your voice in time to the song’s beat. It also functions as a social media and music sharing platform, as it enables users to create new beats and raps in mere seconds, and compete with wannabe rappers on the platform itself. 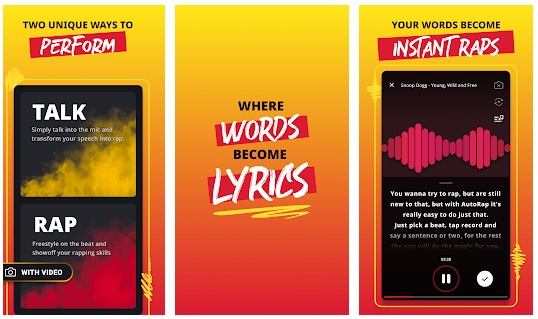 Like most karaoke apps out there, this one also requires the user to pay a subscription fee to access certain features. However, it’s a super fun app with an endless selection of karaoke songs that span across different genres, eras and languages. You don’t need to worry if you’re not a natural-born superstar, as Yokee’s auto-tune and special effects functions will transform your voice into that of the next big popstar. Top tunes include Luis Fonsi’s “Despacito”, Queen’s “Bohemian Rhapsody” and Bonnie Tyler’s “Total Eclipse of the Heart.”

Sing free Karaoke, Record music videos features a typical karaoke screen of autoscrolling lyrics, with prompts at the top that signal when you should sing. Like most other modern karaoke apps, there’s also the social media elements of “views” and “likes”. Users are ranked and categorised into groups such as “Rising Stars”, “Best Collabs” and “Best Solos”. Current top tunes include Ariana Grande and Justin Bieber’s “Stuck With U”, Lewis Capaldi’s “Someone You Loved” and Ruth B’s “Lost Boy” 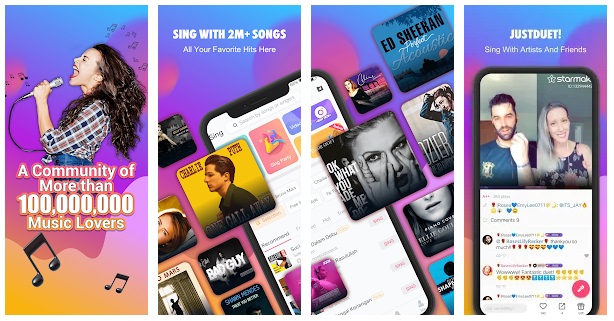