What is an iPad? What can you actually use an iPad for?

Home/blog/What is an iPad? What can you actually use an iPad for?
Previous Next

What is an iPad? What can you actually use an iPad for?

What exactly is an iPad and what are its uses? An iPad is a tablet or slate computer system with a touchscreen. When Apple released the very first iPad, the company declared it magical and revolutionary. It is ideal for browsing the web, sending emails, social media, listening to music, reading, playing games, storing photos and watching movies. Apple had undoubtedly come up with an innovative new product to challenge the mighty power of the smartphone.

As the years passed, iPads became more affordable, and the features and functions were improved and increased. The iPad is now an Apple staple alongside the iPhone, Mac Computers and smartwatches. The iPad uses the very same operating system as the iPhone, so it is already familiar with Apple users. Moreover, it is fully compatible with the majority of applications created and developed for the iPhone and iPod. It is a fully-fledged member of the distinguished iPhone and iPod family of Apple products. The iPad does not use any Mac OS X applications, therefore, strictly speaking, it is not a Mac. Nevertheless, its iOS is derived from the Mac OS X.

So what can you actually use an iPad for?

In addition to its primary uses, an iPad can be used as a computer with its touch keyboard. Original iPads had a socket for an external keyboard. Later models incorporate various Bluetooth wireless keyboards. When combining the external keyboard function with the iWork software Pages, you can quickly and comfortably compose full documents using your iPad. They can all be saved using Pages, Word, or even PDF format. You can also print if necessary. Spreadsheets and presentations can be prepared using the latest versions of Numbers and Keynote applications incorporated into the iWork office suite, and they can be saved in their native formats or by utilising Excel, or PowerPoint. The native versions of the famous and widespread Microsoft Word, Excel, and PowerPoint are also available. 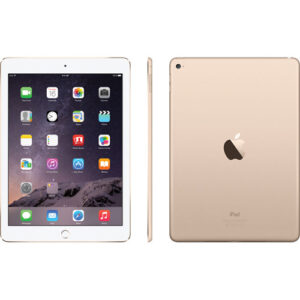 Your iPad can be used for a wide variety of additional useful tasks. Also of note, it takes advantage of literally thousands of third-party applications. All iPad models can be synchronised with a compatible Mac computer or Windows PC, and later models, like the iPad Pro line, have been specifically created for the creation of unique content such as music, photos, and videos. This has elevated the iPad to a viable competitor for traditional computers such as desktops and laptops. The Apple iPad is considerably more powerful than an iPhone and capable of much more than the smaller device is. It is perfect for browsing the web and comes with a useful and mandatory wifi connection fitted as standard. There is a 4G model, which will permit you to connect to the internet anywhere.

The iPad can access the App Store, where you can acquire and quickly download any application from the thousands available there. There are over 750,000 of them explicitly made for iPads, and the rest are iPhone apps, although they may not have been specifically optimised for the larger iPad screen. Apple has also created iPad versions of its iWork, its iMovie and even its GarageBand programs. They are slightly pared down from the Mac versions; nevertheless, they are ideally suited and capable and the iPad’s signature touchscreen interface is exceptionally comfortable and easy to use.

In 2013, Apple released the iPad Air. It is extremely thin, light, and has a brilliant and crystal clear retina display screen. Additional upgrades include a fantastic 5-megapixel camera, the now legendary Siri voice control software system, and ultra-fast, improved wireless connection. The iPad Mini is 23% thinner than its predecessors, and 53% lighter. It has a wonderful 7.9-inch screen and is available in black and slate colours or a classic white and silver, with wifi, or 4G options. The iPad is capable of more things than you can imagine and is much cheaper than a Mac computer. It is not a replacement, but compliments your PC and is a useful writing tool. Owning an iPad today has become something of a status symbol, especially among the younger generation. Older people are starting to wake up to the massive potential an iPad has as a work tool. Not to mention all the fun you will have on it as well!